Mr. D. N. Kalsi and Mr. Ajay Kalsi both jointly promoted the Company and Mr. Ajay Kalsi is a successful businessman from India who has established and built a portfolio of companies inrna range of business sectors including oil and gas, footwear, commodity trading, real estate and business process outsourcing. He has international business experience and over seven years of oil and gas industry experience with various oil and gas assets in Indiar (both onshore and offshore), including acting as the operator on these blocks. He holds a M. Phil in Economics from Cambridge University and a B.Sc (Economics) from the London School of Economics.

At present its Equity Shares is Listed BSE, Mumbai

Company day to day affairs are being managed by following Directors and Company Secretary:- 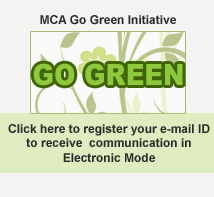